Here at Berenstain Studios we get a lot of questions from readers through fan mail, our social media pages, and in person. We asked our followers on Social media what their biggest questions about the Bear Family were and we’ve picked a few to address here on the blog. Check out our the Questions and Answers below to learn more about Stan & Jan, the making of the Bear Books, and where we’re going in the future!

Q: Why do you think the Berenstain Bears books have been so successful after all these years?

A: There are several reasons the Berenstain Bear books have remained successful.

1. The books use humor targeted specifically to the psychological needs of young children. Sometimes, this humor is completely misunderstood by adults. For instance, the character of Papa Bear–accident-prone, over-confident etc.–is a simple role-reversal, or Topsey-turvey form of humor. Fathers are authority figures, often dominating, overbearing and downright frightening ones to young children. Showing a father as error-prone and fallible is hilarious to young children due to its incongruity–its turning-reality-on-its-head quality. Adults often interpret this feature as simply disrespectful of fatherhood and undermining parental authority. but this shows a complete misunderstanding of and, frankly, callous, insensitivity to the real power structure of adult/child relations.

2. The stories, also, are targeted to the narrative forms and subject matter appealing to young children.

3. Most of the books offer helpful advice about and explorations of family and social life.

4. The art combines a cartoon style with naturalistic representation–for instance in the use of shadows and perspective to show dimensional and spacial effects. This is derived from standard early 20th Century techniques of illustration and, while no longer common in contemporary children’s books, is particularly appealing to the visual sensibilities of young children.

Papa Bear in The Bears’ Christmas

Q: Was there a point that Stan & Jan thought they were falling behind with new trends to children books?

A: If this were rephrased as, “Was there a point that Stan & Jan ignored new trends in children’s books?”, the answer would be, “Yes.” Stan, Jan and Mike Berenstain had absolutely no interest in “new trends” in children’s books. they did, and do, create the kind of children’s books they like and which they think children will identify with and enjoy.

Q: Main. Classics. Living Lights. What is the most popular book in each line?

A: The most popular books in each line are as follows:

Harper (main line) – The Berenstain Bears and the Trouble with Chores

Random House (classics) – The Berenstain Bears and the New Baby

Zondervan (Living Lights) – The Berenstain Bears and the Easter Story 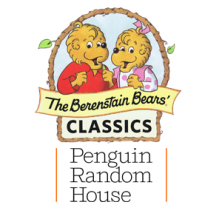 Q: Will there be a movie out soon about the bears? Or TV show again?

We are working on creating new animated Bears content, but have nothing concrete to report yet on that front. However, we have archived all of our 1980’s TV show and specials and uploaded them to our YouTube Channel. All of the PBS series is also available to view on the Treehouse Direct YouTube Channel.

Q: Why doesn’t Brother and Sister Bear, have a name like Cousin Fred?

A: First, the characters were introduced as part of the Random House Beginner Book series. These books were designed for children just learning to read and so featured very simple language emphasizing words that were phonetically easy to sound-out and which could be visually matched with and un-confusingly associated with the elements of the illustration. So the initial three family characters were, “Papa,” “Mama,” and “Small Bear.” More complex words like, “Mother,” “Father,” or a specific name would not have have fit this function. Later, when the characters appeared in storybooks with more complex language, this naming model was continued for consistency. When Sister Bear was introduced, it would have been incongruous for Small Bear to suddenly have a specific name so he became “Brother” and the new baby, “Sister.”

Second, the Bear family was introduced in 1962. This was the tail-end of a social and cultural period where it was quite common for family members to refer to each other by their family positions rather than their names. People really did refer to each other as “Brother,” “Bro,” “Sister” or “Sis.” So the Berenstain Bears books reflected this origin. But this naming convention of the early 20th Century nuclear family was not applicable to new characters as they were introduced over the years.

Q: How many Berenstain Bears books are there?

Q: Did Stan and Jan have a favorite Berenstain Bear book?

A: Stan and Jan’s favorite book was probably The Berenstain Bears and the Spooky Old Tree. Because of the content of the story, the book was fun to illustrate; with creepy stairways, alligators, suits of armor, and deep shadowy passages.

Illustration from The Berenstain Bears and the Spooky Old Tree

Q: What was the inspiration for the Living lights series?